Born Anna-Lou “Annie” Leibovitz on 2nd October 1949 in Waterbury, Connecticut, Annie Leibovitz is an American photographer famed for her dramatic, eccentric, and emblematic portraits of a wide variety of celebrities through her crisp and well-lighted signature style.

Owing to her position at Rolling Stone magazine at the time, she photographed John Lennon on the day he was assassinated and her work has graced the covers of various music albums and magazines. Here’s everything you need to know about this iconic photographer.

Annie Leibovitz is the 3rd of 6 children born to Marilyn Edith and Samuel Leibovitz. She is a third-generation American as her paternal grandparents were Romanian Jews. Her mother, who is of Estonian-Jewish heritage, was a modern dance instructor, while her father was a lieutenant colonel in the United States Air Force.

Owing to her father’s duty assignments, the family moved frequently and Leibovitz took her first photographs while the family was stationed in the Philippines during the Vietnam War.

Later, while attending Northwood High School in Maryland, Leibovitz became interested in a variety of artistic mediums and began to write and play music. After completing high school, Leibovitz attended the San Francisco Art Institute where she studied painting with ambitions of becoming an art teacher.

During her studies, she took a photography workshop and changed her major to photography shortly thereafter. Inspired by the work of Henri Cartier-Bresson and Robert Frank, Leibovitz continued to hone her photography skills while holding a variety of jobs, long before the rise of gambling online NZ.

In 1971 and 1972, Leibovitz photographed the Rolling Stones in San Francisco and the band enjoyed working with her so much that they named her the official concert-tour photographer for Rolling Stones’ Tour of the Americas ’75.

During a photoshoot on 8th December 1980, Leibovitz promised John Lennon that he would make the cover of Rolling Stone magazine. While she initially tried to get a photograph of just Lennon as the magazine wanted, Lennon insisted that both he and Yoko Ono be on the cover. In the hopes of creating an intimate image, Leibovitz had Lennon remove his clothes and curl up next to a clothed Ono on the floor. Leibovitz took the last professional photograph of Lennon as he was shot and killed just 5 hours later. 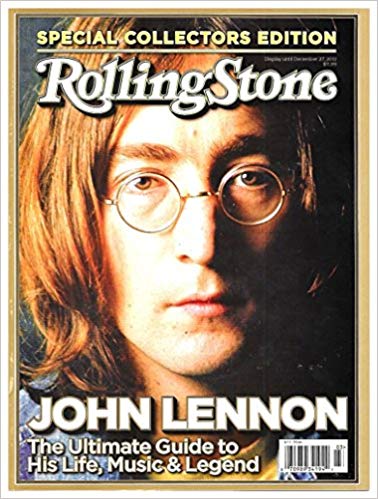 Leibovitz had a close relationship with writer Susan Sontag from 1989 until Sontag’s death in 2004, but neither woman ever publically disclosed whether the relationship was purely platonic. Leibovitz has 3 daughters, the 1st of which, Sarah Cameron Leibovitz, was born in October 2001 when Leibovitz was 52 years old. In 2005, her twin girls Susan and Samuelle were born to a surrogate mother.