Useful Tips For Keeping A Camera Safe While Travelling Abroad

Anyone that has a passion for photography can attest to the amount of money that’s generally invested into both the camera itself as well as the various pieces of equipment needed, such as the lenses. Sometimes this can amount to tens of thousands of dollars, making it an investment that’s worth keeping as safe as possible.

This is even more important when travelling the world, when there are a lot of ways that a camera can be damaged or targeted by thieves. Fortunately, the photographer can employ a number of useful methods to keep their expensive camera equipment safe while out and about.

This is the kind of trick that could easily go over the photographer’s head, but it often can make a big difference. Instead of using the straps that have the model of the camera, often in big, bold lettering, rather purchase a quality and unmarked strap.

It won’t help in hiding the camera itself from any prying eyes, but it can lessen the interest in the camera if they are not sure whether it’s an expensive model or not, making it much less appealing to attempt any kind of robbery. 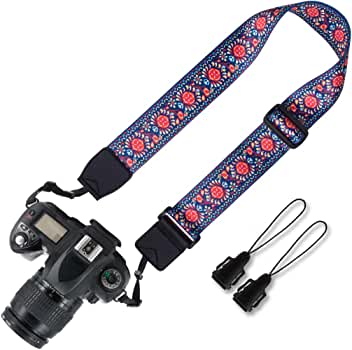 Photographers are known for leaving their gear unattended, especially when they might be wanting to capture a subject with a different camera and leave their main camera sitting out in the open. It happens a lot more frequently than most people realise, and it can also lead to the swift theft of a camera that isn’t actively being watched.

It’s a good idea to try and make a habit of keeping the camera as close as possible at all times, or to simply have it strapped to us no matter what we’re doing. And most importantly, never ask a random stranger to take a picture of you – this can only lead to heartache when they run off with your camera.

Going into an area that suffers from extreme poverty, for example, makes it much more likely that someone with an expensive camera is going to be targeted – this might not even be malicious in intent, some people are just desperate enough to do anything to get a bit of money.

Lastly, it’s much more likely that someone will try and steal a camera during the night, when it’s easier to evade capture and disappear into the darkness. Anyone with a lot of expensive camera gear on them will want to try and avoid being out alone at night; but if they need to be, it’s always recommended to stay in well-lit and public areas where help is never far away. If this isn’t possible, stay in and play real money pokies. Then, head out to shoot in day light the following day.

What To Know When You’re Starting Out as a Photographer