Photography is present everywhere these days, whether as a part of advertising campaigns, scientific articles, media around current events, propaganda, or just the personal pictures we take to celebrate whatever we wish to remember.

It’s difficult to imagine a world without it, and yet, just 200 years ago it didn’t exist! It continues to occupy the interest and imagination of millions of people the world over thanks to its ongoing expansion, and studies and experiments have revealed some fascinating information around it.

1. Thwart Theft with Pictures of Children

Let’s say for example that you’ve enjoyed a lucky streak at a bookmaker offering Australian sports betting, and your wallet’s filled with your winnings. Certain precautions can increase the likelihood of it being returned should you lose it, according to a study conducted by Richard Wiseman, a Scottish psychologist.

His research revealed that the odds of your billfold being given back increase dramatically if you’ve got a picture of a baby inside it! 240 purses were purposefully misplaced on the streets of Edinburgh for the experiment, all of which included information that would allow for them to be sent back by whoever found them. 42% made it home, and 88% of those which included a picture of a child came back safely .

Next up was a return-rate of 53% for those containing images of puppies, then 48% for those featuring a family, and, lastly, 28% of wallets with a print of an elderly couple inside it got given back. Pocketbooks with no snapshots only made it back 15% of the time.

Every two minutes we take more pictures than the whole world did in the 1800s. Estimates say that only a couple of million photographs were taken in the 80 years before the introduction of the first commercial camera. At the peak of the film-camera era, around 1999, Kodak disclosed that people took around 80 billion snapshots.

These numbers pale in comparison to today’s, with 730 billion photographs being shared annually on Facebook, 225 billion on Whatsapp, and roughly 22 billion on Instagram.

3. People Are Better-looking in Groups

Interestingly, individuals come across as more attractive in group photos than they do in individual portraits. Studies conducted by Edward Vul and Drew Walker at the University of California revealed this phenomenon, and it’s been named the Cheerleader Effect. 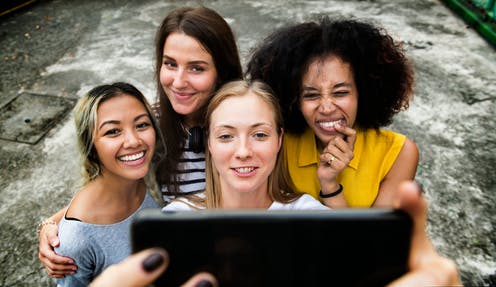 4. Funny Cats Have Been Around Forever

Cats have been wildly popular subjects for photographs since the 1870s, when Harry Pointer, a photographer based in Brighton, made a name for himself with these.

Pointer started off with regular prints, but quickly realised that viewers much preferred those depicting the cats doing ridiculous things, set against unusual backdrops, or with silly expressions on their faces.

1839 is generally accepted as the year that practical photography was born, and it’s many evolutions have kept us riveted ever since. We communicate with each other by means of them, mark moments in time that we want to remember, and learn about the world thanks to insights that text simply cannot convey.

With drones making an appearance lately, the next development is almost upon us!

The Firsts In The Photographic World