She is possibly one of the worlds most famous women, even to this day, and the iconic photograph of Marilyn Monroe with her white skirt billowing up behind her is one that just about everyone has seen at some point or another.

Taken on September the 15th, 1954 by photographer Sam Shaw, the iconic ‘flying skirt’ photograph has stood the test of time. But it turns out; the story behind the picture is just as interesting and memorable as the image, and as exciting as the online betting we enjoy today! 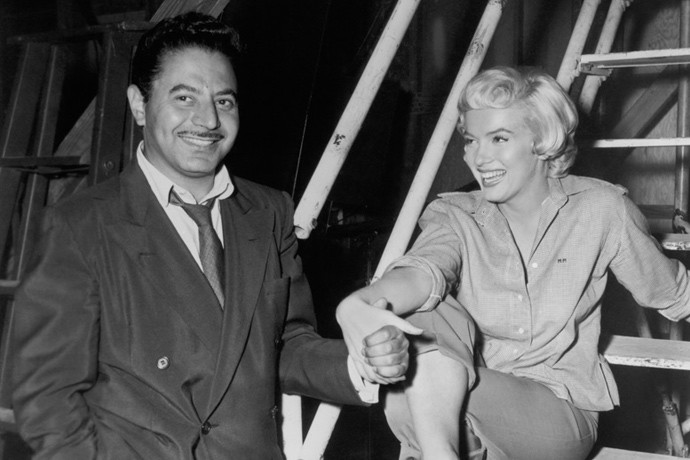 An Itch That Captured the World

The photo was taken on the set of Marilyn’s film, The Seven Year Itch and it was captured when Marilyn was filmed on Lexington Avenue between 52nd and 53rd Street in New York City. A gust of wind from a subway grate blew up Marilyn’s skirt, and instead of quickly covering herself up, as most demure ladies of the time would have done, she exclaimed ‘isn’t it delicious’.

A large crowd of bystanders also saw the moment, and Sam caught it perfectly, promoted by Marilyn shouting his nickname of ‘Sam Spade’ and saying hi! The press lapped it up too, and it once again cemented Marilyn’s star status and her slightly risqué attitude to life.

More Than Meets The Eye

It turns out however, that this iconic pose was not a once off, quickly capture lucky shot from Sam, but one that was carefully planned, choreographed and executed- twice in 2 different places. And the second time around, Sam wasn’t even behind the lens!

Sam and Marilyn had become fast friends and both were intent on seeking fame and fortune. When Sam was asked to be the stills photographer for The Seven Year Itch he jumped at the chance and it was his idea to use the image of the movie theatre as the logo.

Sam had actually done a similar shoot before with another female model, and used it as inspiration, positioning Marilyn in just the right place and shooting her as the wind caught her skirt. The new image was a revisit of his original shoot that hadn’t garnered much attention, but this time it turned out to be the most memorable one ever.

While the first shot was taken with a real crowd and press, it turned out to be unusable, as it was too noisy and the noise could not be edited out. A second shot was then taken on a closed sound stage in LA and this time, Billy Wider was the photographer.

Although there are 2 photos that are very similar, it is Sam’s that is the truly iconic one, as it captures the feeling of an era and its spontaneity. The 2 images are very close when compared, but the original is said to be just a little more special, and really captures the essence of Marilyn Monroe, who to this day remains a true icon from an era that epitomized glamour.