While some may not know the story behind them, these photographs are just a few of the world’s most instantly recognisable.

These photographs have all helped shape our history in one way or another and were taken by some of the most famous photographers in history.

Man Jumping the Puddle is one of Henri Cartier-Bresson’s most iconic photographs and was captured through a fence behind the Saint-Lazare train station in Paris.

Often referred to as the father of modern photojournalism, Cartier-Bresson coined the phrase ‘decisive moment’ which refers to when a fleeting moment in time is captured by a photographer, immortalising it in time.

Dorothea Lange was tasked by the Resettlement Administration with capturing the struggle of those most affected by the Great Depression in 1936. Tightly framing the 32 year-old Florence Owens Thompson as her young children clung to her, the viewer is immediately drawn into the painful scene.

Lange took over 16,000 photographs and upon seeing the images the government sent in 20,000 pounds of food in an attempt to alleviate the suffering. Migrant Mother became Lange’s most iconic image of this desperate time.

After the attack on Pearl Harbor in 1941, Winston Churchill travelled to Ottawa in order to thank the allies for their support. Unbeknownst to Churchill, a photographer had been commissioned to take his portrait, but Churchill refused to remove his cigar.

Churchill definitely was as easy as online betting NZ! Once the photographer, Yousuf Karsh, had set up, he walked towards Churchill, removed the cigar from his mouth and took the portrait – scowl and all.

Alberto Korda captured two frames of Fidel Castro’s young associate, Che Guevara, as an aside in 1960, but could never have known just how iconic the image would become.

Shortly after Guevara’s death 7 years later, the portrait taken by Korda became a symbol of rebellion and revolution the world over and the image is still prevalent in Cuban culture today. 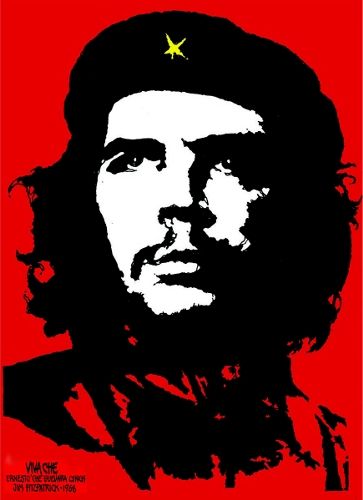 During his time working for the Boston Herald, Stanley Forman was called to the scene of a fire and began documenting the rescue of a young woman and child. However, the rescue quickly took a turn for the worse when the fire escape the two were standing on collapsed and they went plummeting to the ground below.

Forman continued photographing the horrifying scene and only turned away just before the two hit the ground. One particular image from the collection earned him a Pulitzer Prize.

On assignment in Sudan in 1993 to document the realities of the famine, South African photographer Kevin Carter captured the image of a crouching young girl who appeared to be stalked by a vulture.

Carter won a Pulitzer Prize for the image, but it drew a lot of controversy as many said Carter should’ve helped the girl instead of taking the photograph.